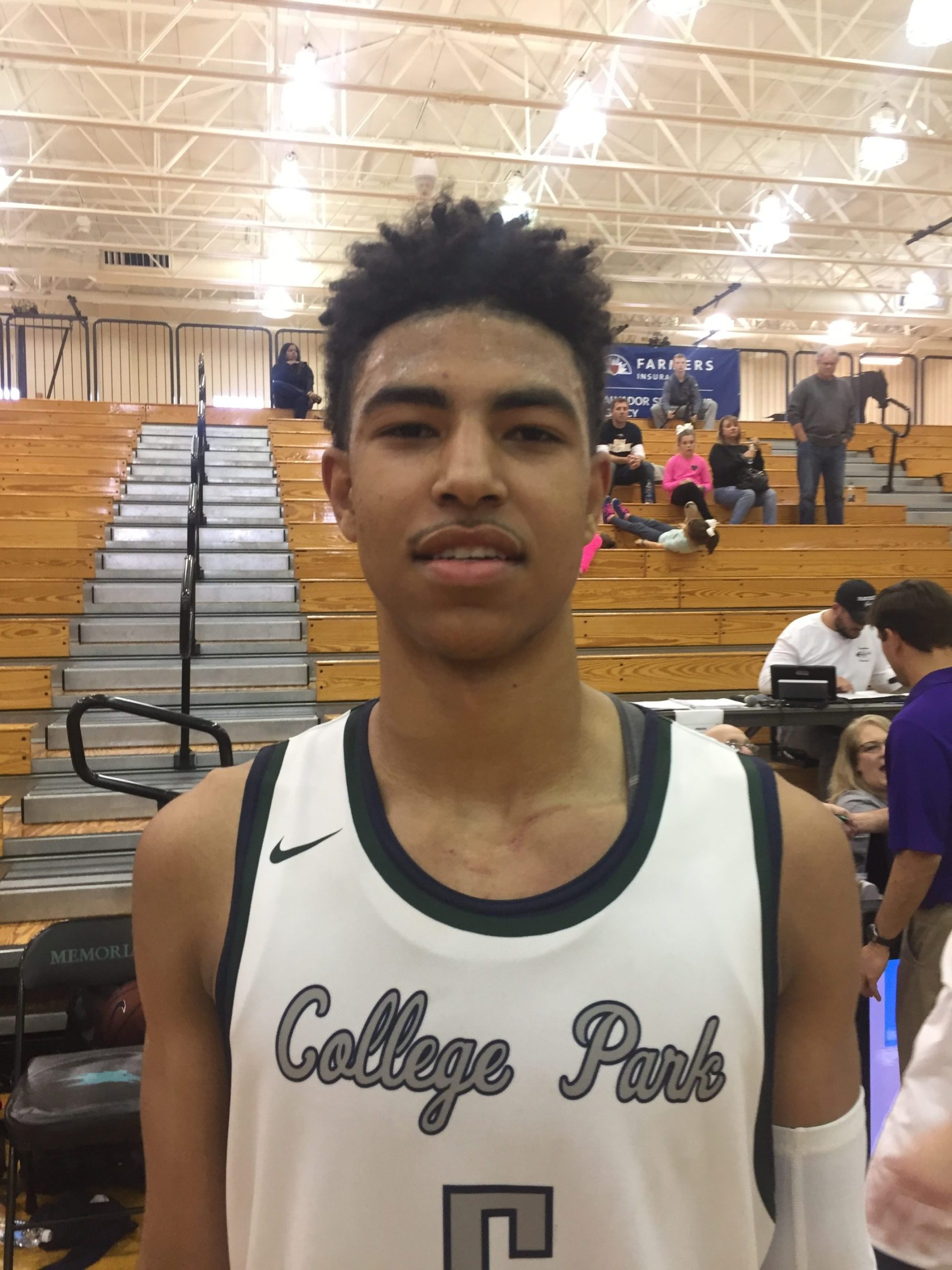 The Texas Invitational answers the bell for the 14th time as a staple in Texas high school basketball.  The Texas Invitational is no different than any other major event in basketball, “who are the players and whats the story”.  Forty-eight high school teams, two divisions that move to six brackets that split into twelve brackets after the initial two pool games on Thursday.  One  of our fundamental beliefs at Texas Boys Basketball is that teams house players and players make up teams. It is a a lot like the chicken and the egg both are necessary, but at TBB we tend to focus on the players.  This year there were 27 prospects that were either house names or absolute eye catchers. Twenty-seven prospects is enough to keep me busy over three days but there was one class of 2018 question that had to be answered.  Who is the the number one play in the class 2018 in the state of Texas?  6’4 1/2″ point guard Quinten Grimes 2018  was a priority at 9:30 am on Thursday morning.  The opportunity for Grimes to open up against Lancaster HS lead by 2017 PG T. J. Starks (Texas A & M signee) was huge. Going into the TX Invitational Pasadena, TX Grimes was clearly was one of the five best ones in 2018. Three days of observation brought clarity to Grimes position as the number one 2018 prospect in Texas.  Grimes is a complete package of size, skill, and athleticism. His ability to score in bunches,  find teammates in both transition and half court settings allow Grimes to be a consistent threat.  It is clear that Quinten puts forth maximum effort in maintaining team chemistry as he grows his clutch gene.  Quinten looks to be on a progressive tract while scoring 25-35 points, 4-7 rebounds, with 5-8 assist per game.  Grant Sherfield 2019 PG was as poised and steady as any player in the field.