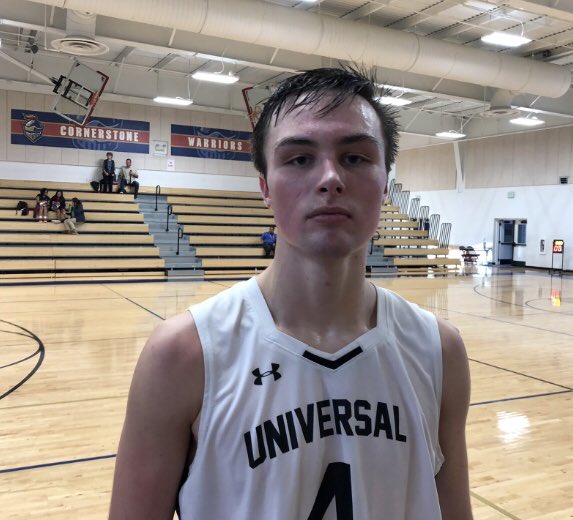 Sharpshooting senior, Will Shepherd ends his recruitment and will be heading to Rochester, MI next yr to play for Oakland University. The Universal Academy forward talks about the main factors in his decision and what he’ll bring to the table.

“I felt it was the best fit. They are a shooting team, which is a big strength of mine,” Will said. “Also tenure was big for me. (Head) Coach (Greg) Kampe has been there for over 30 years so I’m comfortable knowing he’ll be there throughout my time there.”

Will also noted that Oakland was the first to offer him and that went a long way for him. Assistant Coach Jeff Smith was the lead recruiter for Will.

Having watched Shepherd since 7th grade, a lot obviously has changed with coordination, size & skill. He expands on the work he puts in & the influence his High School Head Coach Terrelle Woody had on his development.

“Just hardwork every single day. Lifting in the morning, running and getting shots up at noon, then going to practice in the afternoon. I workout 2-3 times a day,” Shepherd said. Coach Woody has been the only skills trainer that I’ve gone to and he’s added layers to my game, gotten me more athletic and has raised my IQ. Has molded me to the player I am today.”

At 6’8, Shepherd possesses a smooth shooting stroke and capable launching it from beyond the three point line. Does excel as a spot-up shooter but has added versatility to his shooting as well. Running off screens & attacking closeouts to hit the 15 footer. Will has a chance to accomplish a strong career at Oakland with his ability to shoot mix with size & solid rebounding instincts.