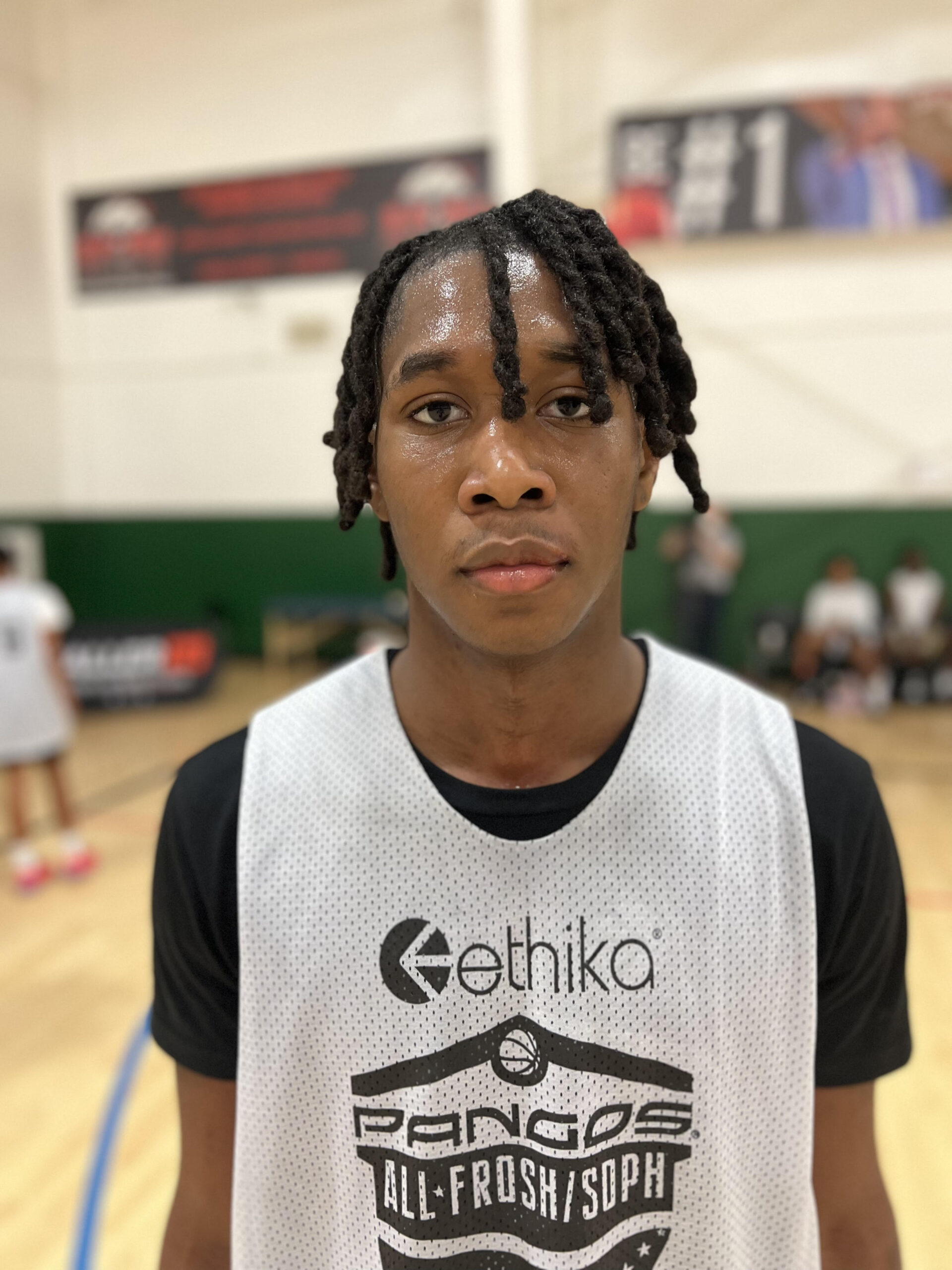 We’re back! At TBB, we had to make some website tune-ups but the staff is excited to bring back news and notes to the public. We highlighted 10 players from this past weekend at the Pangos Fresh/Soph Camp in Dallas.

Parker Jefferson, 2025 PF – Waxahachie: One of the premier players in his class. Parker Jefferson’s size mixed with skill and feel was present this past weekend. Shoots it well from the perimeter, has a soft touch coming off either shoulder, and holds plus vision. Big-time upside with this one.

Tre Johnson, 2024 SG – Lake Highlands: Speaking of big-time upside, Tre Johnson has the tools of becoming the next one out of the DFW. Good positional size with length and a natural knack for scoring the basketball. Johnson is currently at the top of our 2024 class and looks to be there for some time.

Israel Nansha, 2024 PF – Hillcrest HS: Israel has made large strides in his game. His body has improved and so has his overall instincts. Finishing around the rim, altering shots, rebounding out of his area, Nansha impacts the game in multiple ways.

Jamie Vinson, 2024 PF – St. Michaels: I remember Jamie in 7th grade and the progress he’s made then has been tremendous. Even the progress he has made in the past year is night and day. Agile forward that’s athletic and has an emerging skillset. Can hit an open shot from deep, attack off the bounce. There’s still a long way for him but he has made a major jump in his development.

Anthony Bates, 2024 CG – Katy Seven Lakes: Strong-built guard with high feel. Was able to create separation off the bounce and score, make plays for others when operating in pick n roll.  Productive ad efficient this past weekend.

Benjamin Price, 2025 Wing – Universal Academy: This one will be talked about a lot in the future. Price is long, athletic, and further along skill-wise than people think. This one has a chance!

Jakeel Registe, 2024 SF – Bellaire Episcopal: Athletic & strong. Jakeel is a slasher that displays his plus vertical leap in the open court. Functional handle and embraces contact on drives and finishes. One of the more productive players from the camp.

Trae Nunn, 2026 Wing – Brentwood Christian School: The only 2026 we will highlight here and that’s due to how well Trae performed. A broad framed, skilled scorer who didn’t shy away from hitting the glass. More than held his own vs the 2025’s and 2024’s.

Cameron Jackson, 2024 C -Weiss: Big fella has a big frame and is skilled with his back to the basket. Knows how to use shoulders to generate space inside. Soft hands, good footwork on the block and solid feel for the game.