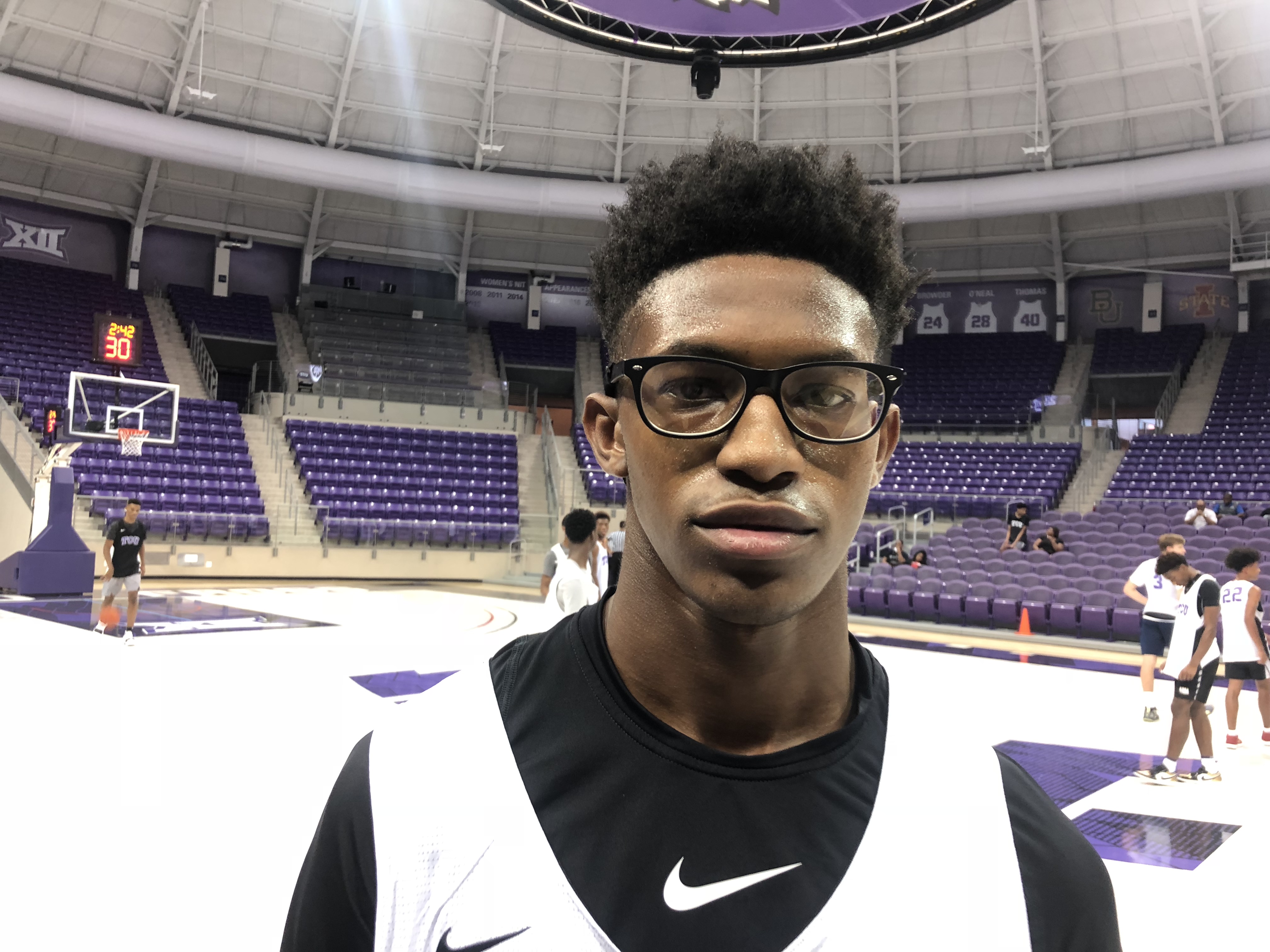 Session II of TCU’s Elite Camp brought well…elite players. Not only is this just a recap of performers but some recruitment tidbits as well from prospects that attended. Make sure to subscribe and read below.

‘21 Manny Obaseki was one of the headlined names coming into session II and he didn’t disappoint. Making strides as a playmaker and strong finisher at the rim. Oklahoma, Oklahoma State, Texas  are heavily recruiting. Junior Demari Williams is a big guard with plus vision and doesn’t get sped up. Strong summer performances has seen his stock raise. Offered by Buffalo & Baylor. TCU, UofH, Texas A&M and several others have shown interest.

‘22 Arterio Morris is dynamic with the ball in his hands. Packs a legit first step, sees the floor and can finish vs length. Has gone on unofficial visit to UofH. Recruitment will spike up this year at Kimball. Sophomore Keyonte George was very solid at camp as well. A pure 3-level scorer with fluid athleticism. Will go on unofficial visit to Texas on the 21st of September. Holds offers from Kansas, Texas Tech, Texas, Baylor, Oklahoma State, Texas A&M & several others.

Was very impressed with ‘22 Rylan Griffin’s performance. Attack dog mentality on both ends and holds a promising skillset as well. Premier prospect in his class. ‘22 Mason Jones had moments where you see what it could be for the talented guard. Clean shot release, and albeit skinny, overcompensates with aggression.

Soph. Noah Shelby did a good job moving without the basketball. Always ready to launch it from deep, even on the move. Liked IQ & solid handle. Senior Thailand Elder was on Noah’s team and he was aggressive getting to his shot. A little reckless at times but has made strides as a shot creator off the bounce. ‘21 Chris Felix was a steady contributor. Solid mid-range game and technically sound on defense. New Mexico has shown interest.

‘23 Drew Steffe was one of the few 2023’s and he was solid. Fluid shooting stroke albeit not falling on Saturday but Drew is a versatile shooter that holds legit positional size for class. Arizona State have offered. Bakari Lastrap saw the floor well & played with good pace. Savvy guard with sound skillset. ‘21 Damon Nicholas knows how to play and was efficient scoring as an off-ball guard. Good mid-range touch coming off the dribble, a solid athlete & really moves the ball. ORU, SMU & several others have shown interest.

‘22 Lee Dort didn’t get much game action due to an ankle injury but in drills & short amount of gameplay showed he is a handful from 5ft in due to brute strength. ‘21 Josh Farmer was a matchup problem in the first game. Motor was high, rebounded and exploited mismatches on the perimeter & block.

Talk about fluid stroke, ‘22 Ryan Argawal possesses that and he’s been a player we have been high on since 8th grade. Big 3/2 equipped with length. Flower Mound Marcus’ Zane Hicks has a chance of producing a big year. Active forward that thrives in open court as a scorer.

Another marquee recruit, Junior Daimion Collins is a big-time help-side Shot blocker with great length. Will take official visit to Oklahoma this weekend. Texas A&M & Arkansas have been heavily recruiting him. ‘22 Jordan Walsh was effective in the open court as a finisher. Played with length, he’s athletic & an above the rim finisher. Oklahoma State, Texas Tech, Texas & Texas A&M have offered.

‘21 Chrisdon Morgan is coming along nicely. Nice footwork when operating from 12ft in & also has nice touch. An intriguing prospect that coaches need to keep looking at. On the JUCO side, Souleymane  Doumbia was effective on both ends. Been a while since we’ve seen him but the Navarro JC big man will bring big-time frontcourt production for the Bulldogs. ‘21 Nathan Tshmanga is another prospect to keeps tabs on. Skilled and knows how to use large frame to create space.

Out of State Notes