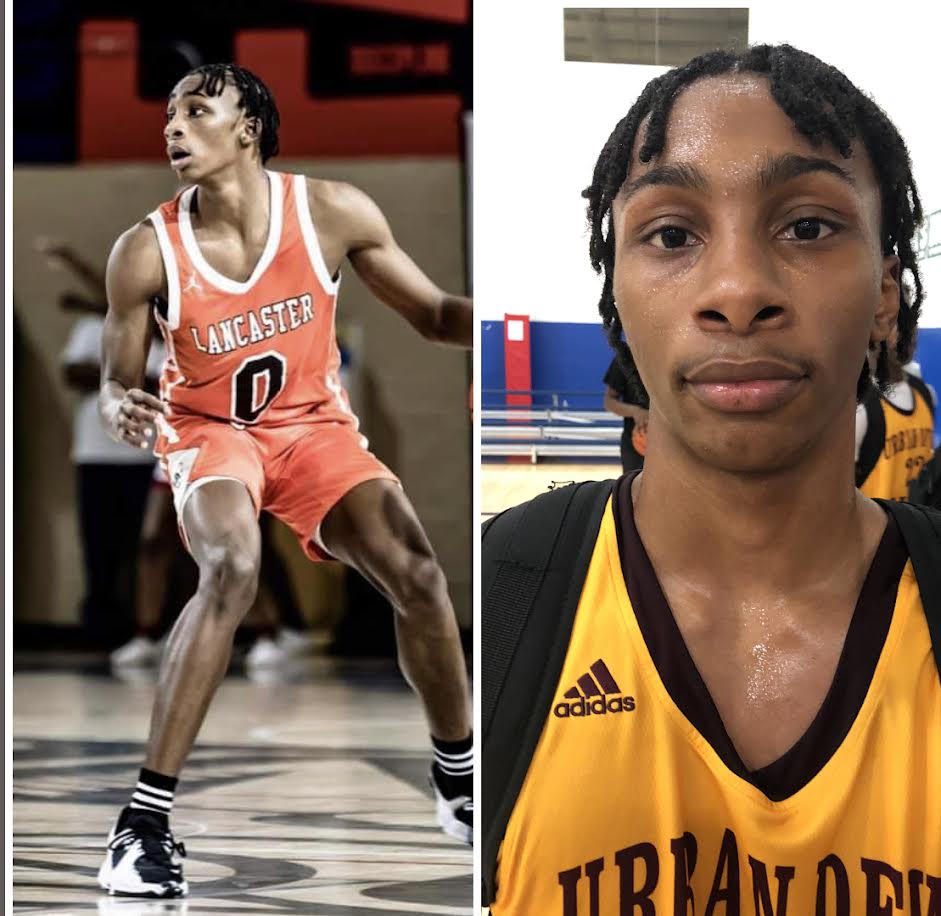 One dream, one team is all but lost in today’s cultures. Kade Douglas is the proof in the pudding that if you can shoot you can play. If committed to a process, a culture of toughness, basketball IQ and the right people, good things happen.

We in the business of youth, collegiate, professional basketball can take a page from the book Kade is writing. The Lancaster Tiger and Urban DFW Elite programs are built on the foundation of hard work, competing and winning. It doesn’t hurt that he sleeps under the roof with one of the best in the business Head Coach Ferrin Douglass (Lancaster High School). It is not a great surprise that he has decided to stay in the DFW Metroplex.

Head Coach Greg Young (University of Texas at Arlington) is committed to the home town talent, he gets it and looking to continue building something special for DFW area. Kade has informed me that he is continuing his education and playing career at the University of Texas at Arlington. From my (Alan Branch’s) vantage point this is one of those good deals where all parties win. This all being said there could be some unfinished UIL business in Lancaster, TX. Kade’s leadership and commitment is infectious and could play a major role in completing the task. Good luck and GOD bless from one of the communities favorites (Go Tigers). 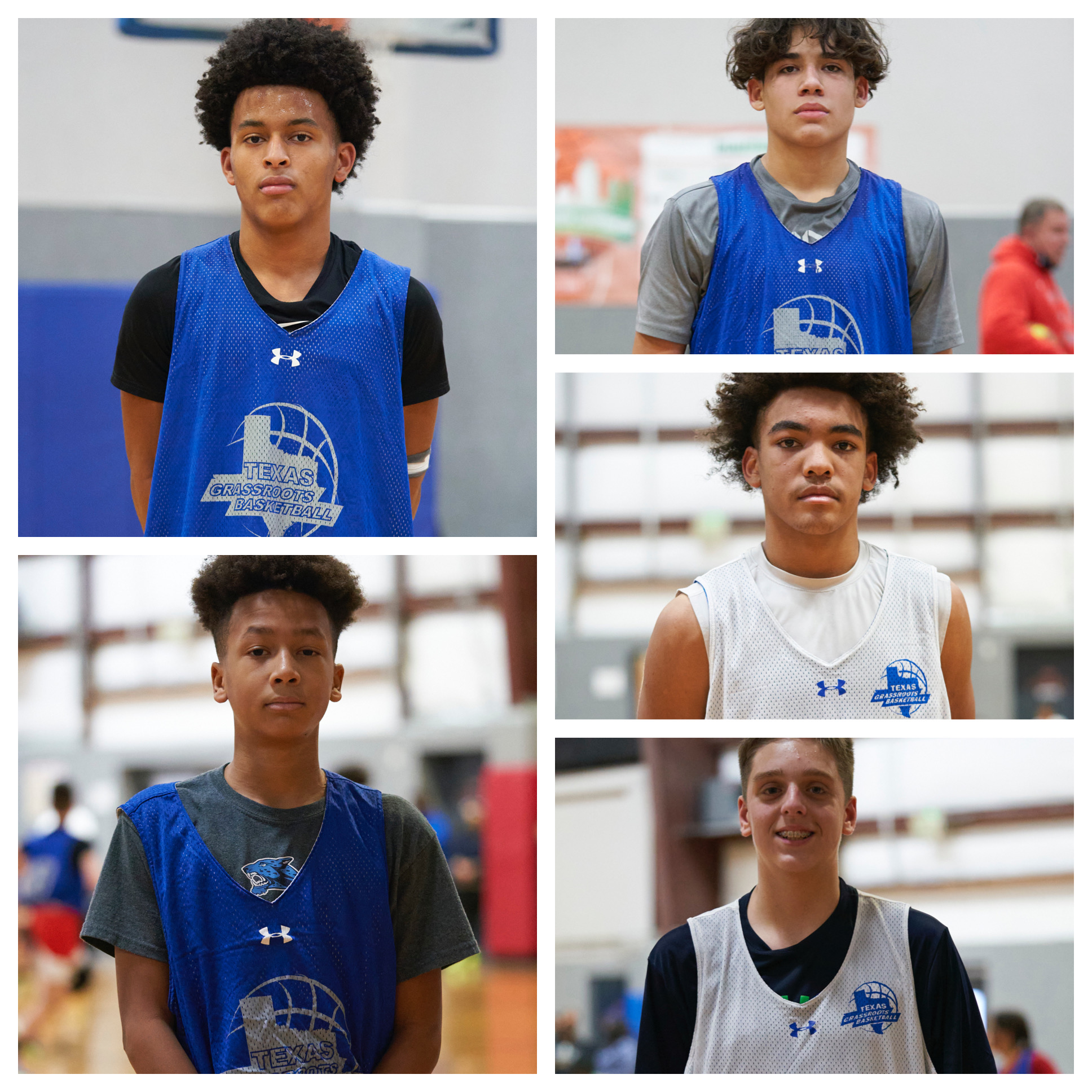 Roughly  50 kids participated in this past Saturday to put their skills to work at the annual Cream of the Crop.

Logan Gonzales- came in a bit late from his Middle School games earlier in the day, but showed right away he was warmed up and ready to go. Logan has perforned well in previous Cream of the Crop camps and he didn’t let up this go around. Has a nice stroke from multiple spots on the floor with plenty range. Doesn’t shy away from contact and won’t hesitate to dish it out. Very heady player who picks his spots well when to attack. Unselfish, hardworking kid. He too continues to show improvement in areas each time out.

Talon Todd- Can really shoot the basketball. Varsity level stroke with range. Very efficient. A kid you can’t leave. Not 1 dimensional, Has nice handle , good footwork with ability to get downhill and create for others. The lefty will instantly carve out a role next season in HS due to his shot making and ability to create for others as well. YES he is that good.

Trey Clark- He too came in after a couple of Middle School scrimmages and you can see the potential he is oozing with right away. Very Long kid. Standing close to 6’5 already. Playing with good bounce rebounding the ball and shooting over the top of defenders. Maturing on the fly. Showing he can put it on the floor attacking defenders and making good decisions. Very intriguing prospect moving forward. Brings some athleticism to the table as well. Player on the rise.

Donovan Criss- was slowed a bit by a foot injury but he was still able to show his ability to make plays. Cat quick off the dribble, can get to his spots and lift up and make shots. Solid handle, creative in getting separation to get good looks. Can really score it.

Jaylen Redd Crittendon- kid who doesn’t shy away from the moment. Aggressive shot taker. Gets to his spots and lets it go. Quick off the dribble and handles it with confidence. Ability to put pressure on defenders was on display.

Xander Greyling- a pleasant surprise to see this young man. Good size and uses it well around the rim. Understands angles and how to score the ball on the interior. Good rebounder and passer. Solid player who players with a good basketball IQ.

Maxwell Docktor – Really good looking kid with some potential to become a real solid prospect. Has good length and plays the game with a good feel. Can put it on the floor and create as well as know down shots from the perimeter. Plays with a good bounce.

DJ Miller- Displayed good footwork and handle. Good feel for the game. Was solid in shooting drills knocking down shots with good form. It transferred over to game play of him as well. Good player.

Aaron Adejobi- very aggressive. Was strong on both ends of the floor. Showed he has good leadership skills on the floor and understands how to get his teammates involved. Was string getting to the rim at times.

Austin Richie- Smart and savvy player who knows how to get his shot off. Shoots it clean and has good footwork to compliment his shot.

Fernando Esquivel- court vision and handle was on display. Solid. Showed strong leadership skiils and ability to get guys the ball where they need it to be effective.

Eden Jackson- Vale Middle School has a good one in Eden. Was very efficient with his time on the floor. Effective scoring the ball or setting the table for others to deliver.

Noah Viera- Love when kids come to camp and make plays playing the the right way. Noah was that guy who made good reads and made plays for himself and others. Unselfish.

Braylon Taylor- good player who can get it done in a variety of ways. Showed he can adapt and take coaching.

Richard Guerra- Tough and hard nosed. Does a lot of the little things that translate to winning basketbal. Can score the ball effectively as well.